experience in the field

Set within 9,500 acres of Cumbrian farm land, the stately home dates back to the 13th century and holds much historic value. Owners, the Bagot family, welcome over 35,000 visitors each year from all over the world, and the site is already a well-established as a visitors’ centre, having opened its doors to the public over 60 years ago.

Previously the Hall had been able to offer light teas, running a small coffee shop from a modest facility. But the Bagot family had a vision that the centre would develop its catering facilities into a multi-purpose space, for use by its visitors.

Therefore, the owners engaged Lakes to create a kitchen to allow them to host a variety of events that have previously been difficult to undertake.

Lakes projects team worked closely with the award winning Haigh Architect’s who designed Levens Kitchen and  contemporary multi-purpose dining and event venue, this is the first new building at Levens Hall since 1692.

The building’s design has been inspired by some of the historic features of the hall such as oak trusses, lime mortar and ornate lead hoppers. Now the Levens Kitchen incorporates locally sourced materials such as Cumbrian limestone and Burlington slate.

Lakes incorporated an open pass into the kitchen’s design, creating a visual experience for diners.

Lakes also worked alongside Manchester-based interior designer, NoChintz, to bring together the unique design for the front of house. Working with Proline Counters, the distributor also commissioned Lakeland Bespoke to produce the Cumbrian oak tiles which formed the finish look on the front counter.

The distributor’s MD, Leigh Howard, commented: “This has been an enjoyable project; the highlight for me has been working collaboratively with the project team, pulling together a modern bespoke kitchen, with a sympathetic design which incorporates stainless with warn natural tones and materials.” 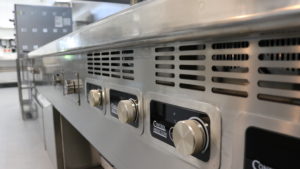 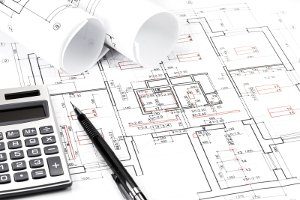 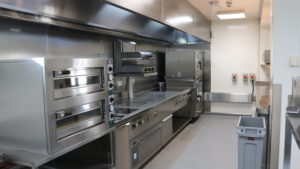 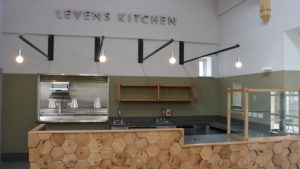 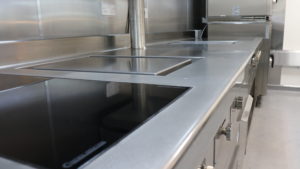 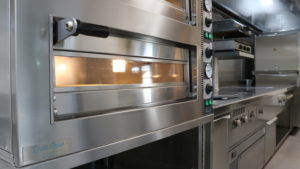 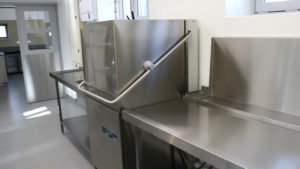 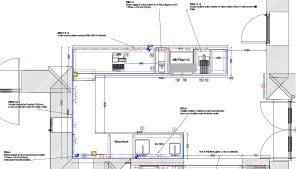 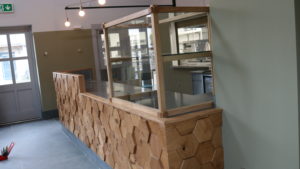 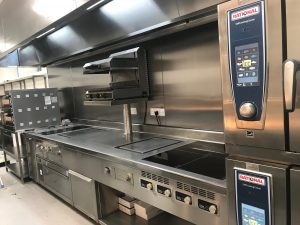 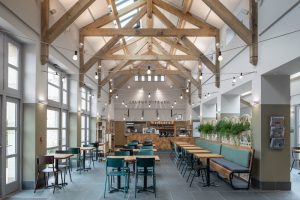